In the lab, or in the field, the NEW Tableau Forensic Imager (TX1) acquires more data, faster, from more media types, without ever sacrificing ease-of-use or portability.

Successor to the Tableau TD3 and redesigned from the circuit board up, the TX1 is built on a custom Linux kernel, making it lean and powerful. Every component is hand-selected and tested to guarantee reliability and performance when conducting forensic imaging operations. 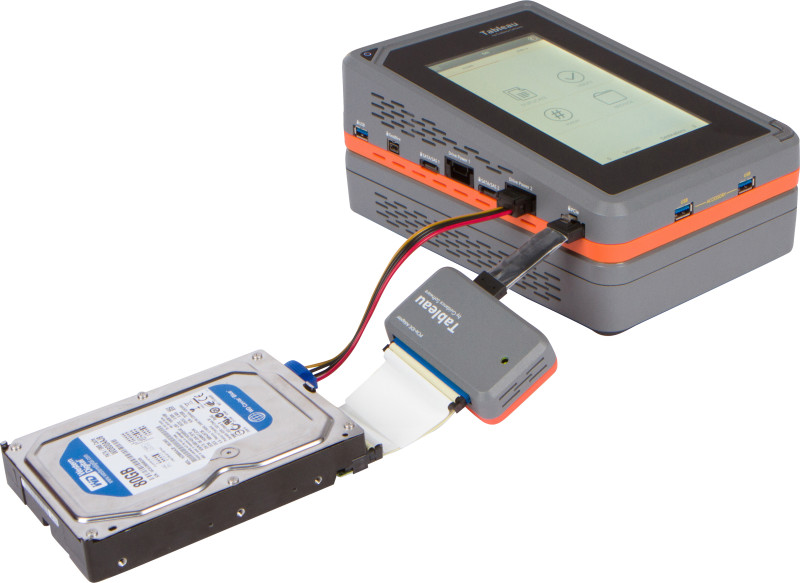 Support up to Four Destinations per source

With the Drive Bay connected, the TX1 can output to four SATA/SAS, one USB 3.0 and one or more network shares. TX1 supports up to four destinations per source (1:4) with the ability to combine clone/image duplication and local/network destinations. Flexibility and power that save users’ time!

Featuring the industry’s first 10 GbE network connection, the TX1 provides superior network imaging performance. TX1 supports an iSCSI target as a source or destination and a CIFS share as a destination.

TIP: Combine a Tableau TX1 with a portable Network Attached Storage (NAS) solution that supports 10 GbE to improve your forensic imaging workflow by acquiring all suspect media to the NAS through the TX1’s network port. No need for bare drives!

Some additional accessories not included in the TX1 Kit are available for purchase separately:

The TX1 is shipped in a custom built foam insert within a cardboard case. The foam insert fits perfectly into a Pelican 1500 case. The Pelican case is sold separately by Fulcrum Management.

Enquire about this product